James Schroeder and I met in a Master/Expert correspondence event. Next thing I know, he is criticizing my moves! Schroeder thought the Bird's Opening was a terrible choice. White fails to pressure and threaten Black. I should consider a King's Gambit!

USCF honored James Schroeder for his lifetime of service as a tournament director, author and editor, and promoter of prison chess. I found these quotes attributed to him:

James Schroeder principles of chess play:
1.P-K4 is the strongest move, and the easiest way to win is to attack by creating open lines through judicious Pawn exchanges and then by making combinations.

The best way to play Chess is to attack and attack, and attack some more.
You don't become a great player by waiting for an error; you become a great player by forcing errors.
Don't lose. Win, if possible.
Play good moves in the Opening. Do NOT try to find the "best" moves in the Opening.
If I lose a Pawn it won't affect my play - I will still try to attack my opponent's King.
I am playing amateurs, not Grandmasters - there is no need for me to be afraid of anyone nor anything.
Remember - my opponent may not have the knowledge to win the position he has.

In our game, James Schroeder crushed me. My Bird was bad. 1.f4 is not bad, but the way I played it stunk. I took this National Master's words to heart. I began playing the Blackmar-Diemer Gambit. I made more threats. I learned more. I won more. Bird's Opening is fine for many reasons. I still play it, sometimes. 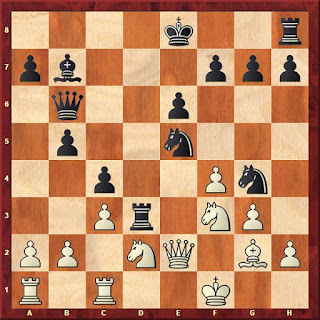