Eventually we will all play our last chess game. Emil Josef Diemer died over 20 years ago. Tom Purser met Diemer and corresponded with him. Here is Tom Purser's announcement in his BDG WORLD, October 1990 and two quotes from BDG WORLD, January 1991:

Emil Josef Diemer 1908-1990
"We deeply regret to report the death of Emil Josef Diemer on October 10, 1990. A remarkable and unique personality is gone, and chess is much the poorer for it. We received the news just before sending this issue to the printer, much too late to include more than this brief notice. Our December issue will be dedicated to the life and chess of E.J. Diemer." [the next BDG WORLD issue ended up being January 1991]

From Schach Echo
"on 10 October the well-known Baden chess theoretician and tournament player, Emil Josef Diemer, died n south Baden Fussbach at the age of 82. ...born on 15 May 1908 in Bad Radolfzell ... work best known to many gambit friends... contributed authoritatively through his exploration of the Blackmar-Diemer Gambit."
From Schach Magazin 64
"In Emil Josef Diemer one of the last 'chess originals' left us. In chess generally and in gambit play especially, to which he dedicated his entire life, his ardent, shining life was fulfilled."

Here is the last known game Emil Josef Diemer played the BDG Ryder Gambit. Most greedy computers back then did not analyze deep enough to consistently defeat masters. 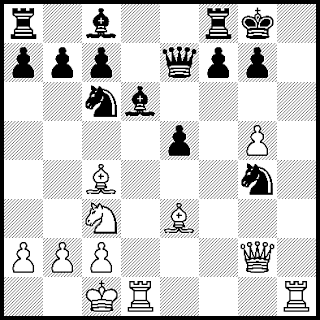